Last Sunday, the world got to taste what several wine experts deemed to be the best 188 wines in the North Coast of California in the Press Democrat North Coast Wine Challenge.

Tiny Westwood Winery of Sonoma won the Best of the Best award and gold medal, rating a whopping 99 points for its Annadel Gap Clone 37 Estate Pinot Noir, of which there were only four barrels produced.

Westwood also garnered Best of Sonoma County and Best of Show. What a triumph!

Guests at the tasting at SOMO Village in Rohnert Park got to taste loads of wines and nibbles created by Sonoma County chefs. 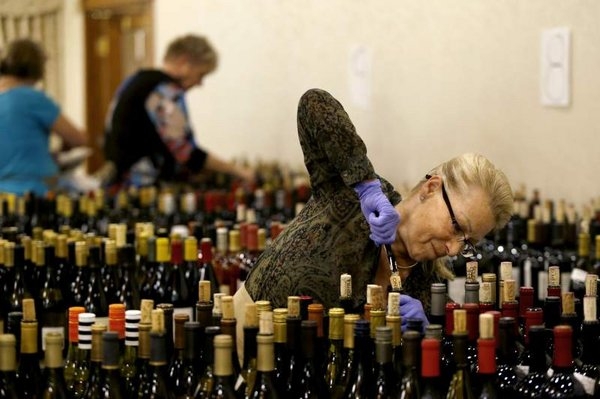 Among syrahs, Ashton Vineyards, St. Anne’s Crossing, Anaba and Hughes Family Vineyards all won golds. Only St. Anne’s Crossing in Kenwood got two golds among zinfandels for its Shumahi Primitive and Rockpile Reserve Zinfandel. Ledson, Westwood and Imagery all garnered gold in “Other Red Wines,” while Three Sticks, Carneros Highway and Roche got golds for their chardonnays.

Imagery ranked gold in “Other White Wines” as well as for “White Blends.” Gloria Ferrer won three gold medals in the Sparkling Wines, while Sharon Cohn’s Breathless and Domaine Carneros by Taittinger each won one.