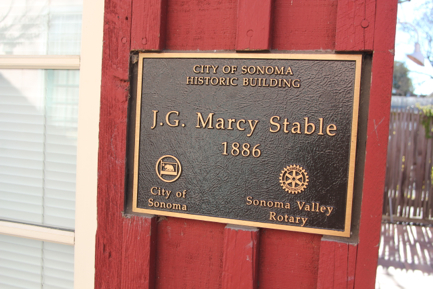 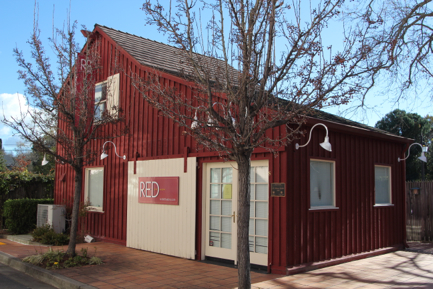 This building was constructed by J.G. Marcy, a plumber, in 1886 or 1887 at the same time that he and George Clark built their false-front stores at 530 and 526 Broadway. At first the Marcy family lived at the rear of their shop on Broadway. Later, they moved to a Greek Revival home at 20245 (1225) Broadway, which has recently been moved from its site. The gabled portion of the building was used as a stable, while the shed extension was Marcy's plumbing workshop.

The building has both historical and architectural significance. Its historical importance stems from the building's association with J.G Marcy and his plumber's shop that still survives and is within the boundaries of the Sonoma Plaza National Historic Landmark. The workshop/stable is also within the Landmark boundaries and is, in the opinion of the writer, a contributing element to the Landmark because of its historical association with an early Sonoma merchant. In addition to the building's historical significance, it has architectural importance in its own right as an example of a late 19th century workshop/stable. Although the architectural style is undistinguished—it is typical of its era.